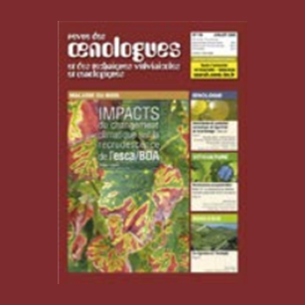 The choice of stopper has a great impact on the proper storage and ageing of wines in bottle. In addition to ensuring perfect sealing for liquids as well as maintaining organoleptic neutrality, the stopper must also enable perfect control over permeability to oxygen. In fact, Godden et al. (2001) demonstrated the essential role played by the stopper in the manifestation of premature oxidative ageing of wines, even though this phenomenon is above all determined by the quality of the raw material and by the care with which the winemaker treats it (Lavigne et al., 2008; Pons et al., 2010). These days, it is well-known that micro-agglomerated cork stoppers may be defined by two essential values in terms of oxygen additions: OIR (Oxygen Initial Release), which represents the oxygen released by the stopper, and OTR (Oxygen Transfer Rate), which represents the oxygen coming from the outside via the stopper (Chevalier et al., 2019).
A series of articles published in the past few years have demonstrated, thanks to sensory analysis and specific marker analysis, the significant influence of the stopper on the evolution of aromas in various white and red wines (LagardePascal et al., 2015; Pons et al., 2019 a, b). It has been shown that the choice of stoppers with controlled oxygen transfer is a critical action in winemaking as well as a precious tool for the winemaker or oenologist.
This choice must be examined as a function of the wine being bottled but also of the desired wine profile when released on the market on a specific date. Vivelys has defined a matrix field, which classifies wines according to their level of maturity and their overall concentration level, as well as their reductive or non-reductive potential (Figure 1). Each of these matrices has different needs, especially with regards to the oxygen transferred via the stopper during wine ageing.
In 2015, an initial study was carried out on a matrix rich in varietal thiols: Gros Manseng (Lagarde-Pascal et al., 2015). Our project is intended to study the aroma and analytical evolution of three white wines resulting from different matrices over three years, as a function of stoppers with different permeabilities.