I'll Drink to That!

Diam Closures and G3 Enterprises are proud sponsors of the popular wine podcast : I'll Drink to That!

A former sommelier interviews incredibly famous and knowledgeable wine personalities in his tiny living room. He gets them to talk candidly about their lives and work. Then he releases the recordings as the I'll Drink to That! Wine Talk with Levi Dalton podcast. Erin Scala also contributes amazing audio essays.

Episode 488 - Erin and the Volcano

Episode 487 - Dominik Sona and a Conception of Kabinett

Episode 479- Christopher Howell Doesn't Want It To Be About Him

Episode 478- Jason Lett Is Not At Peace

Episode 476- Christophe Roumier Has A Family History Written In Wined

Episode 474 : Rod Berglund Is Not Just A Swan Clone 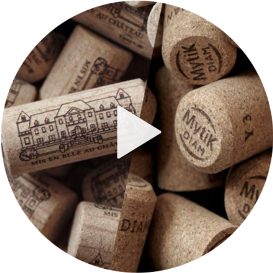 In the eyes of the consumer, cork is a noble material and part of the long time traditions associated with a quality wine. DIAM technical corks offer the advantages and the appearance of traditional cork without any of its inconveniences. DIAM currently sells 2 billion corks annually and continues to invest in research and development. DIAM FSC® Certified Corks can be produced on request.

GUARANTEED TO BE WITHOUT CORK TAINT
THE PERFECT WINE... EVERY TIME! 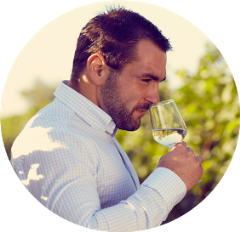 Through an exclusive patented process, cork “de-aromatization”, Diam and Mytik Diam are the only cork closures that are completely sensorially neutral, freed from the molecules causing organoleptic deviations including TCA, responsible for cork taint (TCA releasable ≤ 0.3 ng/l).
The manufacturing process for DIAM, Origine by DIAM, Mytik DIAM and DIAM Altop guarantees each single closure (not an average value per batch). 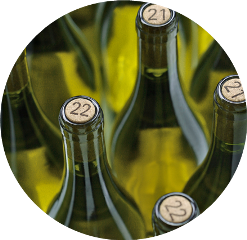 The manufacturing process provides all the closures with the same physical characteristics.
It guarantees a perfect consistency in the bottling line as well as during the aging of the wine. 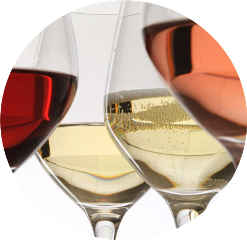 Diam closures are designed to meet all expectations regarding the evolution of the wine, the varietal expression and the duration of conservation. Available in different levels of permeability, they master the oxygen transfer rate and their constancy throughout bottled life. 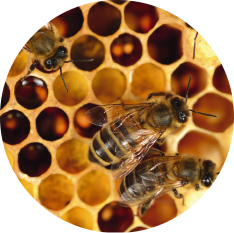 ORIGINE BY DIAM® , THE LATEST ADDITION TO OUR RANGE

Designed using environmentally-friendly innovations, these new products in the Origine by Diam® offerings are currently available in DIAM 5, DIAM 10 and DIAM 30. They carry the same guarantee as the classic Diam range in terms of security, consistency and choice. The Origine by Diam® range will soon be extended to include other products in the same brand for still and sparkling wines.

• Wine Business Monthly conducted a roundtable where three winemakers
– Marco DiGiulio, Michael Carr, and Mike Cox – were asked how they determined which closure was best for them and if this changed depending on the wine, winemaking style, or consumer purchasing the product.

• Marco DiGiulio’s preference for DIAM is expressed throughout this roundtable. He states, “What got me away from the traditional punch cork is the fact that I can’t predict what it is going to do. I got more and more bothered with it. I’d go back and taste older stuff; some bottles would be better, and others would be worse. What I found over a length of time was that even if you take TCA out of the picture, there is variability. For me, with the wines we were producing and for what I was hoping to present to the consumer, an engineered closure gave me a higher degree of confidence. We went almost all in with the DIAM closure maybe 15 years ago, and I have yet to open a bottle I’ve been disappointed with…There is very little consumer push-back. I can count on one hand the number of times consumers have commented that we don’t use “real” corks.”

• Sally Easton MW discusses the latest trends and developments in the closure industry, siting DIAM as being “ahead of the game” in finding a sustainable solution to the binder used in technical corks with the new Origine line.

• After tasting a selection of Ramey’s Chardonnays dating back to 1998, Ramey discusses
with Tanzer his views on corks being the most important variable in ageability. He explains
how raw [natural] cork does not have identical structural integrity, which leads to bottle
variation when aging as differing amounts of oxygen are let through. DIAM’s technology standardizes the amount
of oxygen (OTR) and after also running tests himself, Ramey has found that DIAM corks vastly outperform raw corks
when it comes to ensuring consistency in the quality and ageability of his wines.

• “I am noticing DIAM corks more and more, and would love the producers who use them to advertise the fact. They
guarantee both 100% removal of TCA and 100% consistency of wine evolution.”

• Jeannie Cho Lee discovers on a recent trip to Burgundy that many top producers – both large and small– are making the
switch from natural cork to DIAM closures, quoting Étienne de Montille of Domaine de Montille saying, “It made sense
to me to reject a closure that can potentially spoil my wine. I am happy with Diam and have been using it for my white
wines but I will now bottle all my reds with Diam too.”

WINEMAKERS WHO BELIEVE IN DIAM

“We recently decided to bottle all of the 2016 Chevalier Rouge under DIAM. With [10 years of] hindsight, the result is always the same: it is always DIAM who wins. So I want to stop putting corks at risk for my clients. I like them to be happy with a bottle of Chevalier. So I chose DIAM.”
–Olivier Bernard, Domaine de Chevalier (France)

“Half the advantage is absence of TCA/TCB. The other half is the standardized OTR, ensuring better ageability. Another slight advantage is that the lignin is removed, so the woody extractables are gone. SO2 retention is superior with DIAM, compared with raw corks. DIAM closures have much less cork dust and breakage than natural punched corks.”
– David Ramey, Ramey Wine Cellars (USA)

“With Diam the variability of corks has been eliminated. Not only is TCA out of the picture but the OTR (oxygen transfer rate) variability has been eradicated too. This allows those of us who make wine to place a consistent product in the bottle year in and year out without having a bad cork determine the ultimate quality of the wine.”
–Elias Fernandez, Shafer Vineyards (USA)

“We are committed to using the wine closures that deliver you the best-tasting wines every time…We’ve now found a solution that is far superior to traditional corks and will replace all traditional corks for the Handprint Merlot and Four Kings moving forward.”
– Lucas Meeker, Winemaker, The Meeker Vineyard (USA)

“The advantages of Diam are multiple: the eradication of TCA, but what resonated even more profoundly with us is the consistency of all the corks.”
– Steve Clifton & Greg Brewer, Brewer–Clifton Winery (USA)

“We’ve been using Diam corks now since the 2008 vintage and have been very happy. Not one case of a ‘corked’ bottle.”
– Alex Sokol Blosser, Sokol Blosser Winery (USA)

“Thanks to Diam, our wines are bottled with a greatly reduced concentration of sulphites.”
– Marc & Etienne Hugel, Maison Hugel et Fils (France)

“It’s the respect for the wine purity which made us choose Mytik.”
– François Domi, Billecart Salmon (France)

“The Diam cork was most satisfactory in terms of preserving freshness and purity of aromas.”
– Patrick Jestin, CEO, CVBG Dourthe Kressmann (France)

“One of the reasons we like Diam, it is because it’s cork.”
– Pierre-Henry Gagey, Louis Jadot (France)

“I am completely satisfied with the mechanical behavior of the Diam cork and also with its consistency: we will [have]  obtained exactly the same result from the 1st to the 100,000th cork.”
– Brett Jackson, Chief Winemaker, Viña Valdivieso (Chile)

For more information and to purchase DIAM corks in North America :

To send a message to Diam Bouchage, clik here.